Baluster styles are available in several different categories and virtually unlimited designs.  While the other components also have a dramatic impact, none feature so prominently as the balusters themselves.  While there are many variations, these are typically available in two materials, wood balusters and metal balusters.

Wood balusters are placed into several basic categories, Rustic, Craftsman, Traditional and Contemporary.  Iron balusters are more versatile and can be categorized as and although their origins in western culture date back hundreds of years giving them European roots they’re used so widely today that they span most of the other styles with the exception of a true craftsman.  The selection of your balusters will have the greatest impact upon the overall style of your staircase.

It may be that the style of your home may determine the balustrade style, for example, Mission or Victorian, and all that remains is selecting the specific baluster design within this style.  However, more often than not, stairs and balustrades are considered a distinct piece of furniture that enhances themes of an otherwise eclectic home design.  In this case, other considerations come into play.

Often the first of these is price, which varies dramatically between designs but less so between styles.  Basically, the smaller mission style balusters tend to be on the lower end as do the smaller traditional balusters; finally, the larger wood options and iron spindles occupy the same basic price range.  Meaning that there is a range of each, from inexpensive to expensive, that overlaps.  So price does not necessarily determine the stylistic direction you may take.  You can typically find balusters that match your budget in any of the styles, except on the very low end of the spectrum. 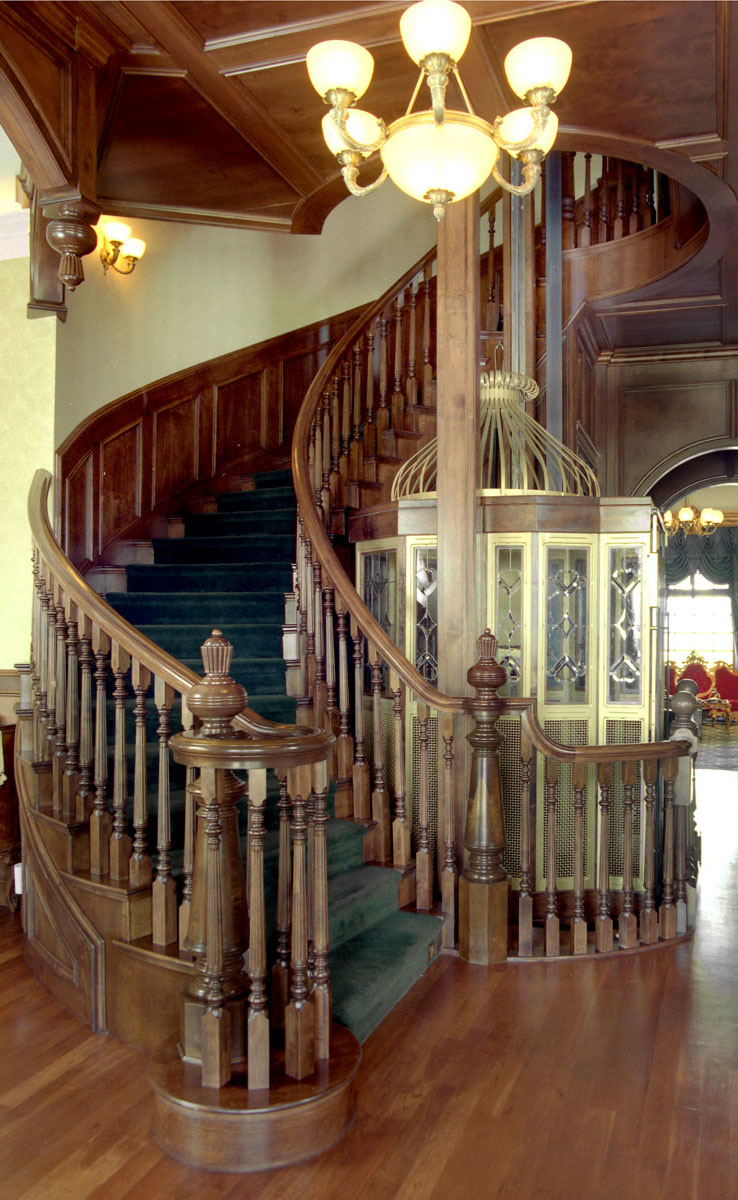 The next consideration, if you are not bound by a specific style, is wood or iron for aesthetic purposes.  Wood balustrades are typically “heavier” looking and warmer feeling, both visually and to the touch.  They are more traditional and in current times they’ve actually been used more often and have withstood the test of time.  Iron, on the other hand, is typically smaller, colder and newer in modern designs.  However, there are far more variations and provide a wider range of design possibilities.  While wood balustrades often incorporate only a single version that is repeated throughout, iron balusters are typically arranged with several different variations that create a pattern.  This further increases the versatility of design possibilities.  Finally, I mentioned that iron balusters used in contemporary balustrades with wood handrails, shoe plates and newel posts are relatively new in their widespread use.  Still, they are not like the 70’s style all iron balustrades that were inexpensive and cold, wood and iron combinations have been prolific for over 25 years, and with their versatility, most have abandoned the idea that these could be a passing phase.

Finally, there is a third option in which you can mix and match different styles and in fact different materials.  Mission and Traditional balusters or Wood and Iron baluster combinations are a common theme that further increases the design possibilities and allows more unique and varied patterns.  Wood and iron combinations maintain the some of the size and warmth of the wood balusters while allowing for more elaborate and versatile patterns.

It is very difficult to make a wrong choice because there are virtually no wrong answers unless the stylistic design dictates a specific style.  Otherwise, be creative, this is one piece of furniture that you can create yourself from scratch.