Shop for Stair Fillet and Shoe Rail at the Best Prices!

Many straight handrails are available with a plow and fillet system.  A handrail plow is basically a channel cut out of the bottom of the handrail and the top of the shoe rail that is the exact width of the stair balusters (or spindles) being used.  On floor level balustrades the newel posts, shoe rail and stair handrail are set first.  Then, the balusters are laid out, cut to length then installed.  This is done by using a finish nailer to nail the top edge of the baluster up into the handrail and down into the shoe rail. 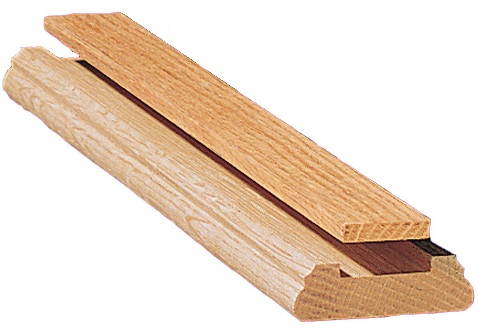 As I mentioned this is a fairly easy method of balustrade installation that creates a very strong and durable system.  Because of its simplicity and beautiful finished look, it is used by both professional stair builders and do-it-yourselfers with little experience and just a little skill.